This week I was interested in how simplistic theists wish to be, how they prefer to stay in the dark.

The Age Of Enlightenment was an era from the 1650’s to 1780’s in which cultural and intellectual forces in Western Europe emphasised reason, analysis and individualism, rather than traditional lines of authority.

It challenged the authority of the Catholic Church and searched for ways to reform society with tolerance, science and skepticism.

Alas the Age of Enlightenment seems to pass the majority of theists by. You can check out the news and articles for any day of the week and find abuse and hatred for other human beings based on religious prejudice. Here are a few from searching witchcraft

None of the above are helped by the fact the Vatican still believe in the old mumbo jumbo and this year have in fact trained even more priests as exorcists to remove demons and possession. All of which science has given ample proof for and are usually fits. Christianity whilst receding in the west is growing in Africa and the South American and so i suggest the Catholic Church bring themselves up to date with science and forget the bronze age bullshit they love to push regarding the devil and all its insane mentalities. 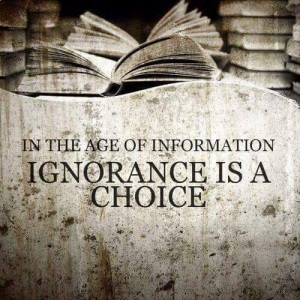 THE GOD DELUSION
I spoke to a Christian recently and he was sincere in his argument that all atheists are mentally ill. When going into a little more detail it seems he found the simple fact we over think his reason for saying so . As he said:-

A claim even more surprising, because he saw no holes in his supposed logical statement, he has been so well indoctrinated and brain washed simply making a comment without any proof seemed perfectly normal to him. He has been conditioned to believe anything.
Funny that huh? He didn’t seem to be able to go into more detail. When pushed his belief basically boiled down to the fact that he saw a belief in god as a mechanism to block out the source of pain and therefore leaving him to function without being over-whelmed by mental discomfort.
Distilled into a single sentence “Ignorance is Bliss” or to put it another way “ Im scared of the dark” Wow right? I stepped away from this poor human being , to discuss more would have been to hurt his brain and possibly make him think, which i have to say was probably beyond his capabilities. Oh by the way this man has 3 off spring he home schools! Wow.

Im assuming to be a theist you have to have the following qualities:-

On speaking to an ex-christian friend of mine, we discussed his moment of freedom from religion after almost thirty years as a Catholic.  He summed it up pretty well for me :-

“From my teen years I started to have questions regarding god and the bible, but since they could not be explained i filed them away on a mental shelf titled ‘unresolveable’. Eventually such questions became too heavy to deny and ignore any longer. My ‘mental shelf’ simply broke and I could no longer live in delusion and doubt, i was set free from a life of indoctrination”

FAITH AND RATIONALITY
Faith – is a belief that is held with lack of – inspite of or against reason and evidence.
Rationality – is based on reason and facts.

So going back to our Christian who saw Atheism as a mental illness. I want to know the level of mentality of our theists, because I really cannot imagine the levels of cognitive dissonance you practice to achieve your closed minded introspections.
How difficult it must be to go through your daily life cherry picking and closing your eyes to the world around you. Almost unachievable no? We look at the like so Ray Comfort and Ken Ham. Despite all proof to the contrary they take time and effort to throw their unsubstantiated bullshit up to their theist believers. Gullibility seems to be the order of the day the more crazy the ideology the more easy for them to believe.
A theist reasoning is completely circular but you don’t realise it. Such is mind control, your reasoning is subdued to an “infallible truth” that can never be wrong and edits your reality”

“YOU BELIEVE IN GOD BECAUSE YOU WERE TOLD TO”

IN CONCLUSION
Religions and their texts are not divinely inspired, but man made to fulfil social, biological and political needs.

Religions were formulated at the time when the origin of life, the workings of the body and the nature of the stars and planets were poorly understood.

“the religious texts they use as their moral compass stems from the bronze age…. basically … they didn’t know any better, you have no such excuse

”
These are troubling times for the theist community as science makes even greater strides, filling the gaps in our understanding of the world around us. How each day will make it harder and harder to re assess and try to explain away using their goat herder texts.

These religious texts were intended to give solace and a sense of relationship with natures forces. They have served an important function in ancient society, however, continuing to hold onto that belief system is no longer useful.

To move forward you need to embrace the modern age, using logic and analytical thinking favouring reason over indoctrinated beliefs

Your religious ‘views’ are just that

Find out more about SON and the shows that make up the network at Secular Outreach.com

27 thoughts on “The Age Of Enlightenment”

Just an athiest with opinions on things. I know that's rare right?

Shining the light of truth on delusion

German atheist writes about his thoughts on religion, Philosophy and science!

My Father's Story from his youngest daughter's heart and memory one paragraph at a time....(Read from the bottom up to read the full story)

Collecting my memories, writing with honesty, and discovering my inner voice.

Attempting a rational exploration of the issues of our time

Musings on a mad world

One Chance to See the World
SECULAR SCARLET

Theology Is Ignorance With Wings

A collection of epiphanies, a discovery of philosophy

Southern Feminism in the Kudzu

Make yourself at home

Out From Under the Umbrella

playing in the rain

Be warned, there is a virus of a person to know about!

The Secular Round Table

REASON, or Religiously Educated Atheists, Secularists, and Other Non-Theists, is a small coalition of atheist activists that seek to change and improve the world through knowledge, logic, and REASON.

The latest news on WordPress.com and the WordPress community.

Trying To Be Rational

Growing up atheist in the Bible belt

The Gospel According to Jon
Interesting Literature

A Library of Literary Interestingness

Where I ramble about a variety of topics!

The ramblings of a born again atheist

Why I No Longer Believe

My Journey Out of Christianity

I Love Me vol I

Short stories and poetry of all shapes, sizes and genres

Promoting rationality in an ever more irrational world.

Life After Doubt
Remedy of Fanaticism

Sapere Aude! Achieve The Courage To Use Your Own Reason!

all plans remain fluid until the moment of actuality

thoughts from my mind to yours

The Gad About Town

Distrust is not a mental illness

A Life's Worth of Observations from a Songwriter and Sound Engineer

A blog full of humorous and poignant observations.

One man's thoughts, observations and rants